The International Underground Excavations Symposium, initiated by the Istanbul Branch of the Chamber of Mining Engineers of TMMOB relying on the start of the Istanbul Metro construction excavations, was held four times in 1994, 2007, 2013, and 2018 in parallel with the developments in metro and tunnel excavations. The UYAK Symposium is a scientific and technical event where municipalities, public institution representatives, contractor companies, machinery-equipment manufacturers, and engineers come together to discuss scientific and technological developments and issues related to underground excavations such as underground mining, water-wastewater, and dam tunnels, especially tunnelling.

UYAK2023, 5th International Underground Excavations Symposium and Exhibition will be held in Istanbul on 9-10-11 March 2023, with the cooperation of the TMMOB Chamber of Mining Engineers Istanbul Branch and the Department of Rail Systems of IBB. Increasing demand for infrastructure and public transportation with urbanization and expanding cities brings the need for underground excavations in the cities. For this reason, the theme of UYAK2023 has been determined as "Cities of the Future, Urban Tunnelling, and Underground Excavations.”

We invite all tunnelers, miners, engineers, manufacturers, contractors, municipalities, and all industry participants to this Symposium, which we believe will be a scientific and technical feast with the broad participation of national and international participant delegates and scientists. 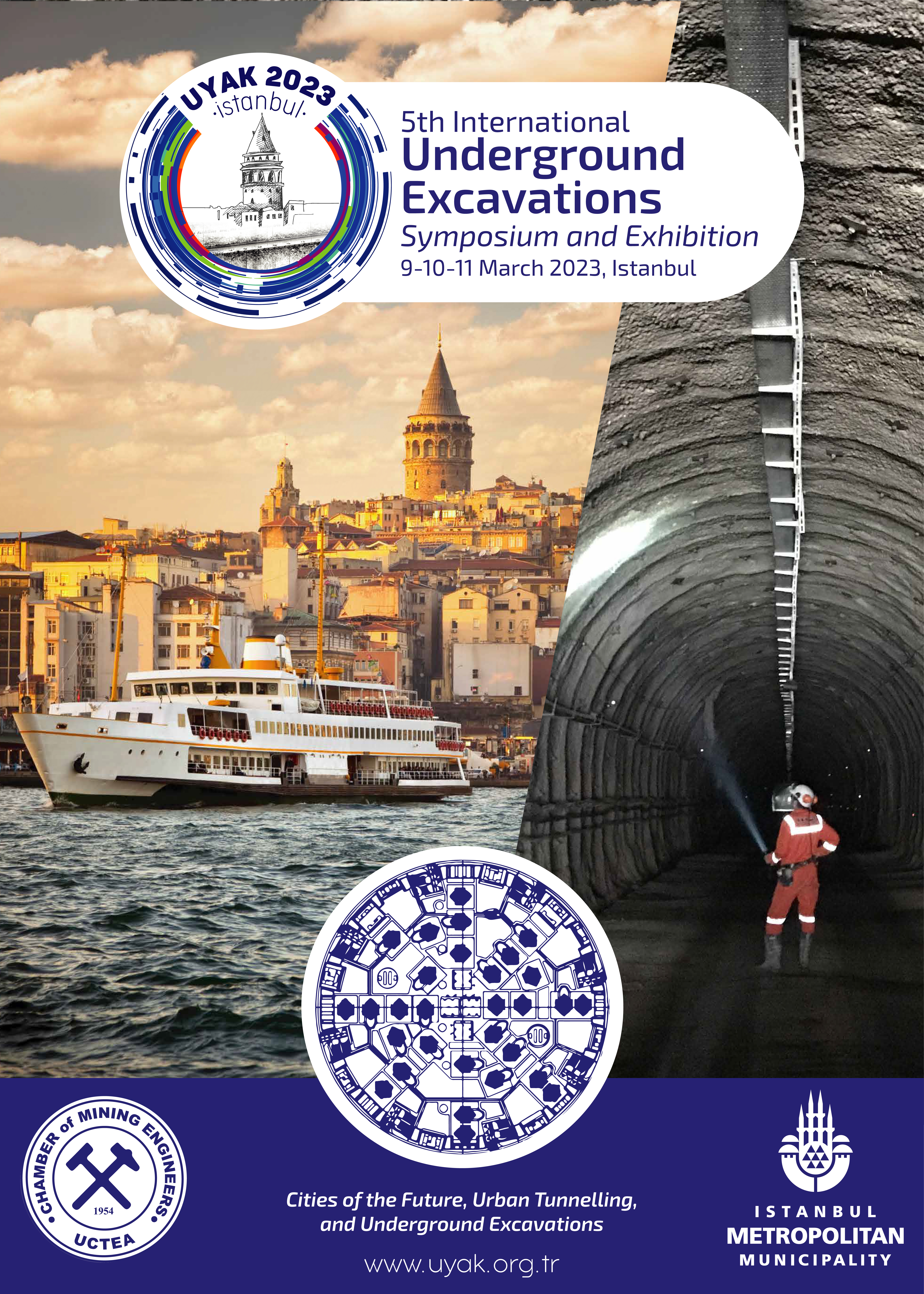