As part of the UYAK2023 – 5th International Underground Excavations Symposium and Exhibition, the 2nd UYAK Photography Contest will be organized to increase the solidarity among those working in the tunnelling and mining sectors and to look at underground excavations and structures through the eyes of those who work in these sectors.

The photographs selected from those sent by those working in the tunnel and underground mine preparation excavation works or previously sent by those working in these areas will be exhibited during the UYAK2023 Symposium and Exhibition to be held in Istanbul on 9-10-11 March 2023. It is free to participate in the competition with photographs taken within the context of tunnelling and underground preparation excavations. Photos taken from different areas of underground excavations such as subway tunnels, highway tunnels, dam/energy tunnels, transportation tunnels, underground mine preparation galleries, and mine wells will be evaluated in the contest.

Within the scope of the UYAK2023-5th International Underground Excavations Symposium, the UYAK2023 Photography Contest is organized in order to increase the solidarity among those working in the tunneling and mining industry and to look at underground excavations through the eyes of those who work in this sector.

Conditions of the Photography Contest

Participants will make a "Personal Statement" by completely filling out the UYAK2023 Photo Contest Participation Form. The participation form will include the number of each photo, the place and date it was taken, and the name of the photo if any.

Photos will be uploaded from www.uyak.org.tr photo contest tab or by e-mail to uyak@uyak.org.tr with the participation form below.

Evaluation and Selection of Photos

The photographs that the Selection Committee will evaluate in terms of suitability with the theme among the photos participating in the contest will be selected for the exhibition and the award.

Selected photographs will be printed and exhibited in the Symposium Exhibition area on March 2023. The exhibition consisting of the submitted photographs can be opened free of charge, without any income/commercial purpose, at the place and time chosen by the Chamber of Mining Engineers and Istanbul Metropolitan Municipality. These institutions can use the photographs to be selected for the exhibition whenever and wherever they want. All recordings other than the selected photos will be deleted from the digital media and storage. 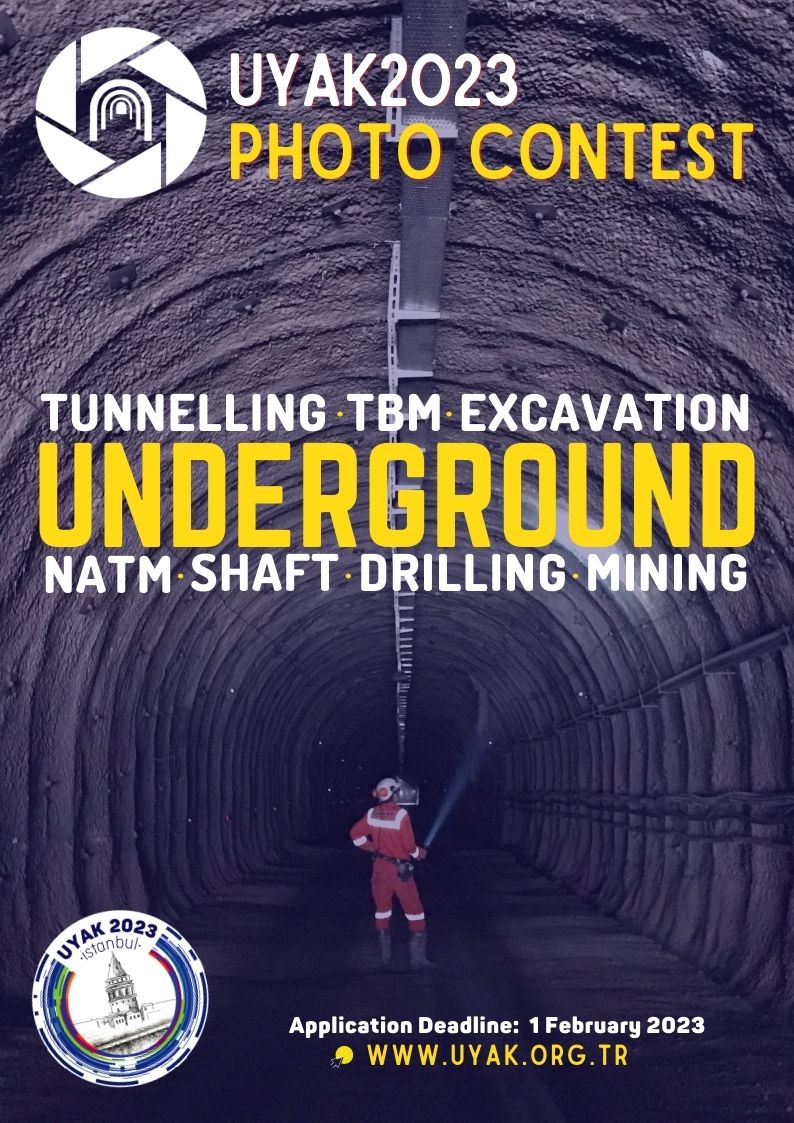 Photos from the Photo Contest of UYAK2018